Photograph with an untold story

In 1900, in Barrington, near Cambridge, three men pose for a photograph alongside a partially-excavated fossil rhinocerus skill.

Liz Hide, Director of the Sedgwick Museum of Earth Sciences, tells us more.

The photograph of (from left to right) C.E. Gray, Chief Assistant of the Sedgwick Museum, Arthur Hardman, quarryman, and Ernest Lloyd Jones, academic at the University of Cambridge. 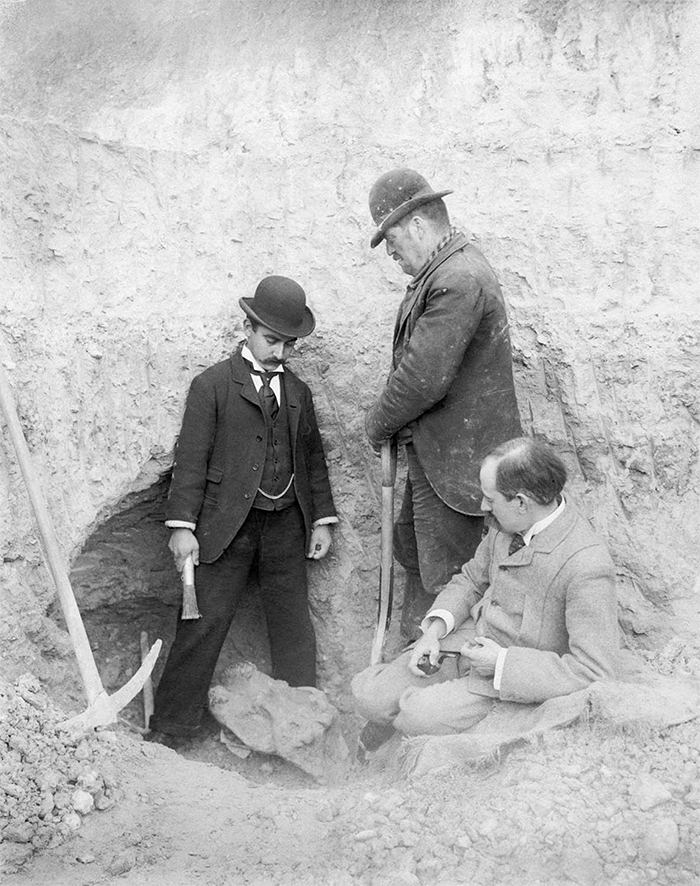 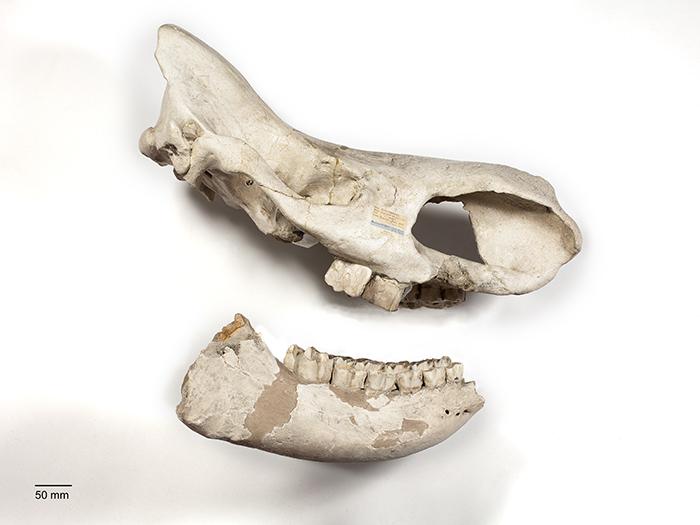 Close up of the label, which records that the rhino was presented by Ernest Lloyd-Jones and collected by C.E. Gray at Barrington in 1900. 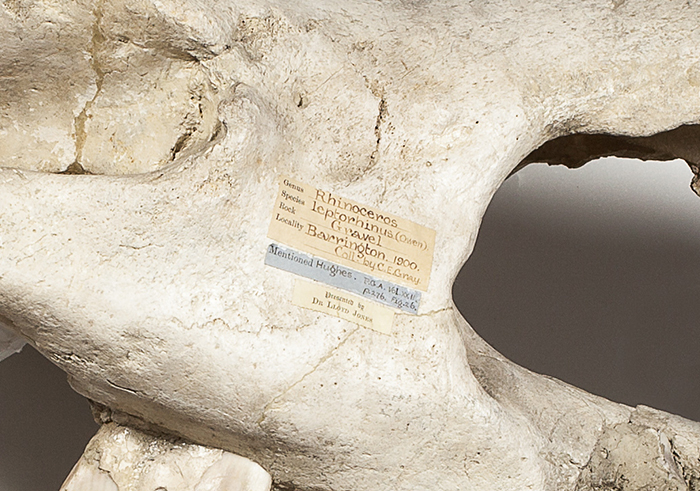