An intriguing pair of necklaces from early human history

A pair of shell and bone necklaces in the collection at the Museum of Archaeology and Anthropology date to around twelve thousand years ago - before people began to settle down to farm. How can we use these objects to highlight the stories of their excavators, pioneering archaeologist Dorothy Garrod and her colleague and gay rights campaigner, Francis Turville-Petre? And were they really necklaces at all?

Imogen Gunn, Collections Manager for Archaeology at the Museum of Archaeology and Anthropology, tells us more. 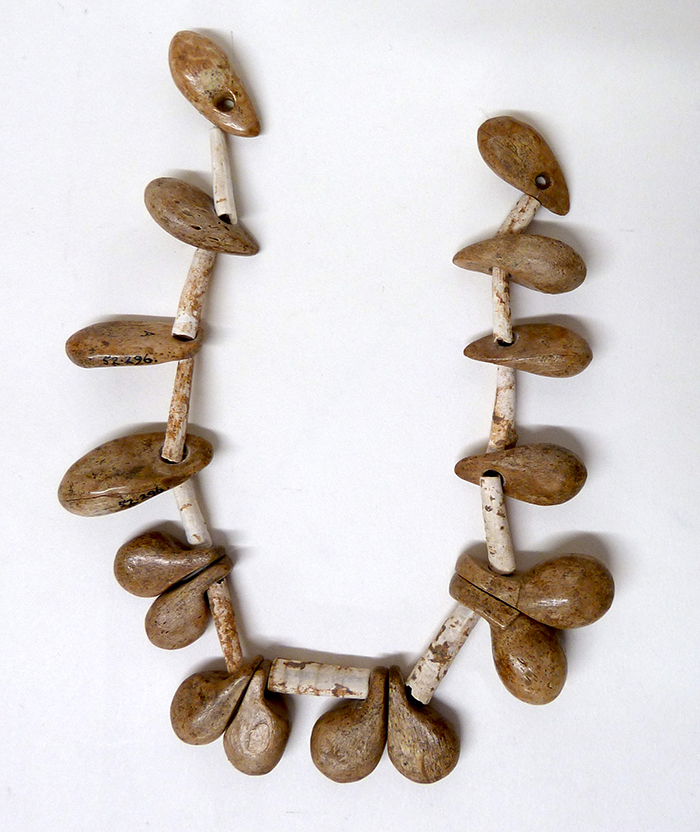 Detail of the beads and pendants 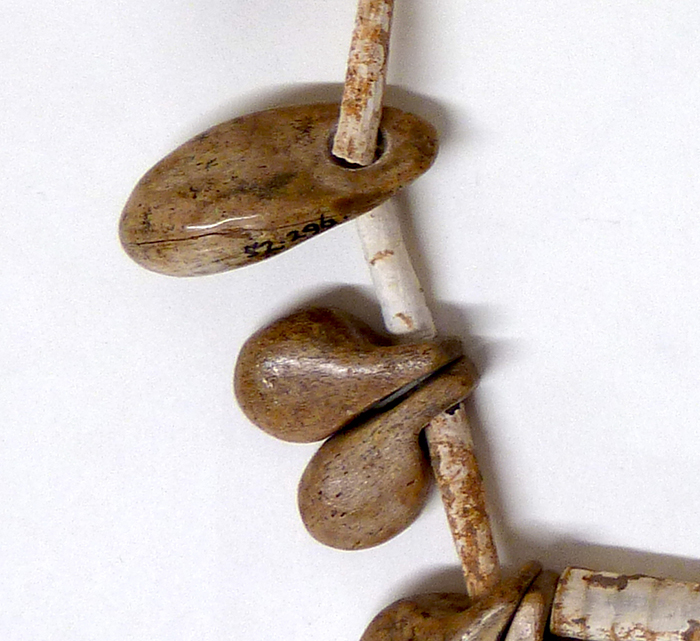 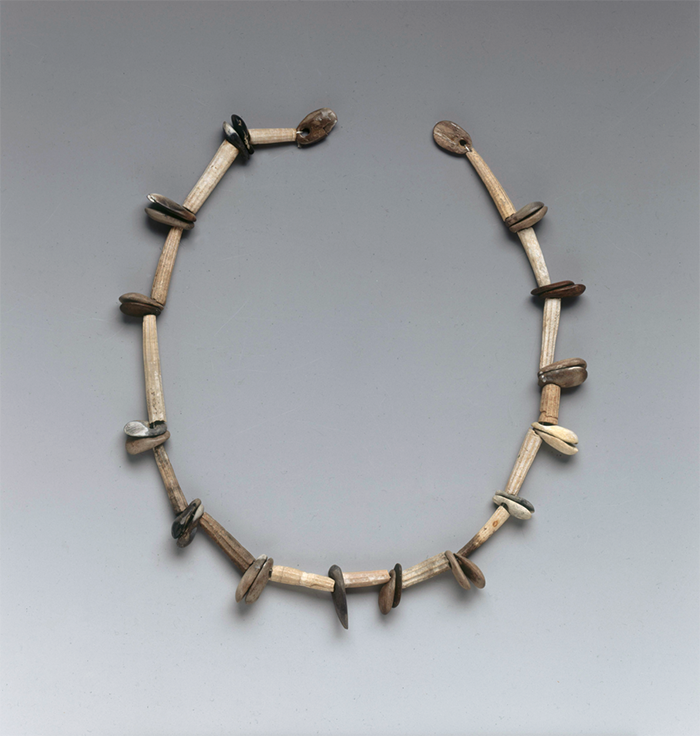 From the museum's records:

Both necklaces date to the Early Natufian (11,000 - 12,800 BP). The type of shell is dentalium, which is a mollusc, and is perfect as a bead because it is already hollow and naturally tube-like. In 1925, Francis Turville-Petre discovered ‘Galilee Man’, a member of the archaic human species Homo heidelburgensis. Further articles on Garrod and Turville-Petre available.

Display of Dorothy Garrod's artefacts in the museum 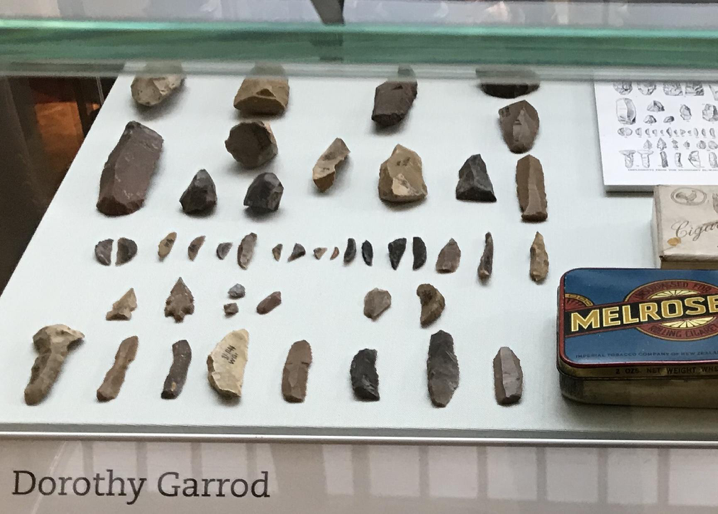 These notes are taken from the Bridging Binaries LGBTQ+ tour material, researched by Dan Vo.