So why does the Whipple Museum have a 1980s Scientology E-meter in its collection? Following on from our ‘Why is this here?’ (WTH?) live streaming series, we visited Josh Nall, Curator of Modern Sciences in the Whipple Museum of the History of Science, to find out.

The ‘WTH?’ series of live streams we ran across the University museums on Periscope and Facebook Live taught us many things about what makes a good watch. You can learn about some of those findings on the WTH? blog post. But rather than going there (save it for later), stay here. Stay here because following those WTH? experiments, we’ve decided to continue the streams with even more behind the scenes goodness.

This time we’re focusing on Facebook Live, simply because that’s where our experiments told us we were getting the most engagement. We’re also thinking carefully about the objects we talk about. What’s curious about them? Would they appeal to a wide audience? Will they work well on screen?

Our presenter extraordinaire, Nick Oram, has kindly agreed to continue talking to our experts, and does a great job of steering the conversation. He also keeps our viewers in mind, asking for questions via comments, or asking the questions they might want to ask but daren’t, for fear of not asking a good one. Nick isn’t from a Museum background, so he’ll quite happily ask, for example, why they’re wearing gloves to handle objects. Obvious to us in the museums, but not so much for everyone else.

So the plan is to run another five or six streams. The experimentation will continue (when does it ever end?) and we hope to build a (positive) reputation for doing them.

Enough babbling. We went to see Josh Nall in the Whipple Museum of the History of Science to talk about their Scientology E-meter. Why do they have one? What is it supposed to do? Why do the electrodes look like blank Red Bull cans? So many questions… You can watch the Facebook version, with comments and likes included, here:

But if you prefer a clean viewing experience, we extracted the film and put it on YouTube, here (partly because we promote these afterwards on Twitter, and not everyone on there wants to go to Facebook):

There’s more to come. ‘Like’ the University of Cambridge Museums Facebook page to see our latest streams from behind the scenes.

Latest streams from behind the scenes. Catchy, no? 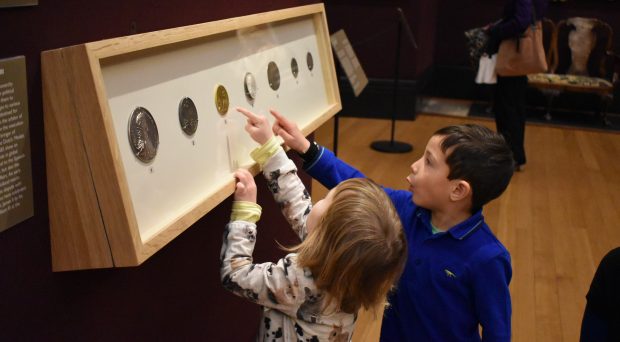