What's in a name?

Did you know that 10-20% of all creatures dredged up from the Antarctic sea beds are completely new to science? These new discoveries all need a Scientific Name to help us to identify them.

Scientists use all sorts of different ways to name the new plants, animals and fossils they find.

Two parts - Scientific names usually have two parts, just as people have a first name and a family name.

Name it after a friend - Lots of scientists name fossils after their friends. Adam Sedgwick, the famous geologist, has two fossils named Sedgwickii after him. They are both on display in the Sedgwick Museum which is named after him as well.

How does it look? - Often names describe the way the fossil looks. Archaeopteryx is made up of two Ancient Greek words: Archaeo which means ‘ancient’ and Pteron which means ‘wing’.

Pick one  adjective and one noun from the resource list, and then draw a creature to match your description. Make a data sheet to go with your drawing - how big was it, what did it eat, where did it live?

Make a clay creature then chose a good descriptive name for it using the resource list.

Sir Richard Owen coined the name 'dinosaur' in 1841, it means 'terrible lizard'. Have a look at some dinosaur names and see if you can work out what they mean. Here is one you might already know Tyrannosaurus rex = 'tyranno' is Greek for 'tyrant' and 'saurus' is Greek for 'lizard', and 'rex' means 'king' in Latin. So, Tyrannosaurus rex means 'King of the Tyrant Lizards'. What does Pachycephalosaurus mean? 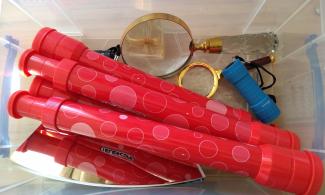 Use objects and equipment from the Whipple museum to explore the science of light and shadows. 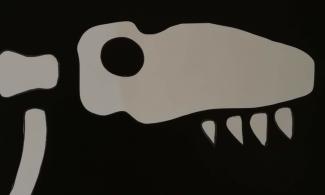 How do we know what extinct creatures looked like when we only have fossil bones? 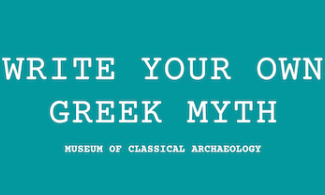 Follow the instructions to write a Greek myth with heroes, villains, gods and monsters.