Skip to content
Posted in  Engagement  The Fitzwilliam Museum 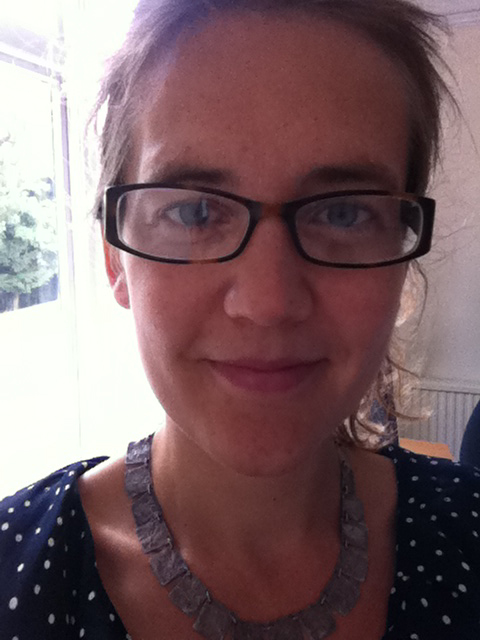 We are excited to announce the launch of a new interactive quest for 8-14 year olds based around the sarcophagus lid of Rameses III at the Fitzwilliam Museum. Guided by Amy and her Egyptologist uncle, children are led through a series of simple tasks to help them to understand some of the extraordinary achievements of the earliest civilisations. The game can be played by an individual child on a tablet or pc or by a whole class on an interactive whiteboard. The quest lasts about 20 minutes and has been divided into 5 sections.

In this first section ‘Cracking the Code’ Amy introduces the Fitzwilliam Museum and the sarcophagus lid. Amy and her Uncle unpick what the symbols on the sarcophagus lid mean. In ‘Mummification’ we look at ancient Egyptian beliefs about the afterlife, explore the mummification process and explains the science of dehydration. In the third section we look at ‘Materials for the Sarcophagus’ and think about what stone that the sarcophagus is made out of by comparing different rocks and their properties. The next challenge in Journey up the Nile is to transport the stone up the Nile to the Pharoah’s tomb at Luxor. Once the stone has arrived at Luxor it must be moved across the desert to the Valley of the Kings. In this final section children must work out how to move the block across the desert sand by using their knowledge of forces and friction. Upon completion of the quest children can play ‘Catch the Scarab.’

The quest has been created by a multi-disciplinary team consisting of a designer, curator, museum educator and a science specialist from the Faculty of Education. It was designed to encourage children to look carefully at a single museum object, to think about what they can see and to make simple deductions based upon existing historical and scientific knowledge. The project is a re-working of ‘The Ancients’ Appliance of Science’ a web based resource which was created over 10 years ago, before classrooms had access to interactive whiteboard and touchscreen technology. Rather than start with new content we decided to re-work the existing ideas as these were so closely linked with the sessions we lead in the galleries. We concentrated on making the most of the possibilities offered by the advances in technology by thinking about new ways describing and explaining the problem solving challenges.

Reflections on the Project

In the 2 years since we embarked on the project our understanding of digital ways of working has progressed. I have been involved with a University of Cambridge Museums Digtial Schools Consultation Project which has enabled me to spend time in schools talking to teachers and seeing how they use digital technology within their teaching. As a result of this project, we will build user-testing into the creation of any new resources as we begin to make plans future digital quests. We made the decision to design the game so that you had to complete the different sections sequentially, building up your knowledge step by step. Initial user testing has indicated that children like to have the freedom to choose where they want to go in a game of this type.

The project has really helped me to understand how complex and time consuming the creation of digital resources can be. When we embarked on the project back in Summer 2014 I had envisaged that the project would take us about 6 months. 2 years later we are finally ready to launch! There a number of different reasons for this but the main challenge has been that we were all trying to fit the development work around our existing roles. As museum educator I spend most of my time project managing and delivering sessions and so it was difficult to commit the time needed in one large chunk. The curator in our group was in the middle of a massive project putting on the Death on the Nile Exhibition. In the future we will be much more realistic about this at planning stage. We could have realised this project much more quickly and efficiently if we had contracted an external company to come in and research, write and create the app. However, the time we spent planning, talking and reviewing the scripts and central narrative were really useful in terms of helping us to re-think how we talk about our collections and to ensure strong links with gallery based practice. This knowledge has remained within the team and can hopefully be applied to future projects.

With thanks to Frances Sword, Helen Strudwick, Philip Stephenson and Mark Winfield.

Ruth Clarke, Learning Associate – Inclusion, Fitzwilliam Museum & University of Cambridge Museums (UCM), shares the first of three nature inspired blog posts in which older people provide insights into the question ‘how does engaging with nature, through art and artefacts, support people’s wellbeing?’ During 2022 this question is being explored as part of  Age Well , the UCM’s cultural engagement framework… Read full article 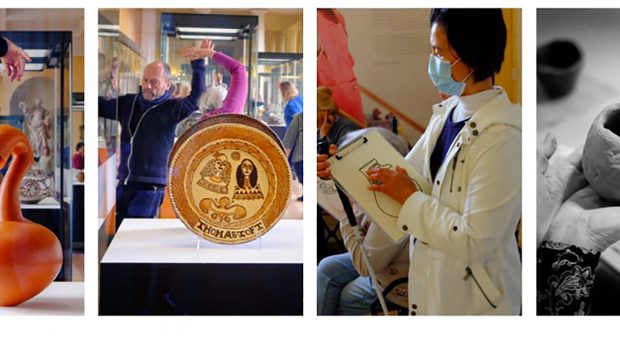 In March and April 2022, two inclusion events were held at the Fitzwilliam Museum in response to Magdalene Odundo in Cambridge, a show curated by Dame Magdalene Odundo, one of the greatest ceramic artists working today, and featuring global ceramics from the Fitzwilliam and Museum of Archaeology & Anthropology collections alongside her own work. We shared photographs from the two… Read full article