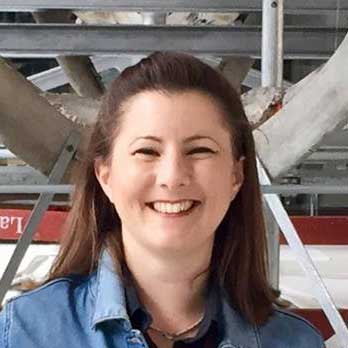 Once described as “the Oscars of the Eastern Regions Museum Industry”….. the third annual SHARE Volunteer Awards took place on 8 June 2017, hosted by the Museum of East Anglian Life in Stowmarket.

The pressure was really on this year after we had a major “win” in the category of Volunteer Manager Award in 2016, with Alex Tomkins from the Museum of Zoology. So we all had our fingers crossed. The event was held in the beautiful surroundings of Abbots Hall and the Marquee in the grounds of the Museum of East Anglian life. Staff and Volunteers from the University of Cambridge Museums team, the Whipple Museum, the Museum of Archaeology and Anthropology, the Fitzwilliam Museum and the Museum of Classical Archaeology sipped cool drinks and enjoyed canapés whilst networking with those from other museums in the region. It was lovely to see volunteers chatting and exchanging stories, I am sure that details were exchanged so that reciprocal visits could be arranged.

As the tension mounted we were all transfixed on the Chair of the Judges, Bridget Yates, as she read out the different categories. We had nominations in the following categories;

Front of House – Kevin Hall, Museum of Archaeology and Anthropology

We were all thrilled when Kevin Hall was given an Outstanding Achievement certificate for his work at the Museum of Archaeology and Anthropology. Kevin wasn’t able to attend the event so I collected the certificate on his behalf. It was difficult not to let the situation go to my head and I needed to remind myself that the certificate was NOT FOR ME!

Volunteers & staff from the University of Cambridge Museums

Kevin’s was the only award won by our volunteers this year. Were we disappointed? No way. We all had such a lovely time and were delighted to be at such a warm and welcoming event celebrating the achievements and efforts of all the wonderful Museum Volunteers in the Eastern region.