Skip to content
Posted in  The collections  The Fitzwilliam Museum 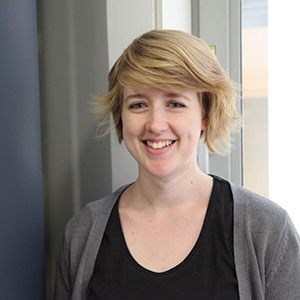 This is Part 3 of our series on pests that eat museum collections. We often find the odd vodka beetle larva on our pest traps, but we’ve noticed a few more adult vodka beetles around the Fitzwilliam Museum this year.

Conversation with… a vodka beetle

You have an interesting name…

Like the vodka, yes.  When I was found in a UK museum in the 1990s, staff gave me the nickname vodka beetle, and it has just stuck. I was actually discovered in the 1960s by the Russian Entomologist E.S. Smirnov, and then named after him.

So I don’t need to worry about my drink?

I try to stay active.  I am quite a good flier, especially when it’s warm.

Both really.  I hang out happily in birds’ nests, but it’s a bit cold in the UK to do that.  I’m quite content in the dusty corners inside.  Admittedly, once I’m inside, it’s hard to get rid of me.

What do you think of the Cambridge Museums?

Until relatively recently, you could only find me in London museums, but now that I’ve found Cambridge as well, you aren’t going to get rid of me any time soon.

Catch up on Helena’s earlier interviews with a woolly bear and a silverfish.