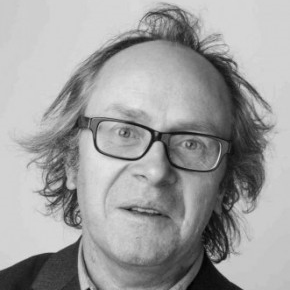 by Nicholas Thomas
Director, Museum of Archaeology and Anthropology

Should cultural artefacts in museums around the world be returned to their places of origin? It’s a hotly contested debate, and last week, during a three-day visit to Africa, French President Emmanuel Macron made a significant intervention.

In a speech at the University of Ouagadougou, Burkina Faso, he stated that the return of African artefacts to their countries of origin would become a ‘top priority’ for France during the next five years. ‘African heritage must be highlighted in Paris, but also in Dakar, in Lagos, in Cotonou. In the next five years, I want the conditions to be met for the temporary or permanent restitution of African heritage to Africa.’

Professor Nicholas Thomas, Director of the Museum of Archaeology and Anthropology, has been engaging in this complex issue for many years. He has issued the following statement, originally published in the Art Newspaper:

It is enormously encouraging that the President of France has chosen to highlight the question of the return of African works to their countries of origin. Over recent decades, across Europe, curators have prioritised collaborative work with communities of origin – in Oceania, Asia and elsewhere, as well as in Africa. They have engaged in joint research, co-curation, the acquisition of art representing contemporary voices – and they have also, inevitably, discussed and negotiated the future care and destinations of collections of great significance. In 1960, a group of sacred objects were returned by the Museum of Archaeology and Anthropology to the Uganda Museum. We have been too slow to build on such initiatives of the epoch of decolonization.

I am sure that Emmanuel Macron understands that alongside the return of artefacts, museum facilities in African nations and elsewhere need to be improved, curatorial and conservation capacity needs strengthening, and collections will only genuinely be of public benefit if education and outreach staff are sustainably funded. In many cases, the longer-term loan of works will enable joint research and conservation, and may be achievable more quickly than outright repatriation.

Macron is absolutely right, also, to signal that it is vital that African art – and I would add, the art of Oceania, the native Americas and Asia – continues to be displayed in Europe. Now, more than ever, European publics need to encounter the achievements of cultures beyond the West. Migrants of African origin within Europe should have access to these outstanding expressions of their history. Many intellectuals in Africa and the Pacific have affirmed the importance of artefact ‘ambassadors’ for their cultures in prestigious European museums, and been sceptical regarding the motivations of national politicians. We need to confront uncomfortable truths about European colonial appropriation, and about the epoch of decolonization, acknowledging the indifference of some African governments to care for culture and heritage. In the sphere of culture, no issue has been represented more simplistically, no issue needs more careful, case-by-case, consideration. But, emphatically, the complexities and difficulties provide no excuse for inaction. President Macron’s commitment to prioritise the issue will be welcomed by many museum curators. It should be taken up by other European governments – our colonial history makes it especially salient in Britain. It should lead to a process of dialogue, based in careful research, and to sustainable arrangements which would make collections accessible to broad publics in African nations.

Read other responses to the news here.