by Rachel Sinfield
Head of Communications and Engagement, Fitzwilliam Museum

Mali Morris is one of 7 Royal Academicians, who have connections with Cambridge, taking part in RA250 at the Fitz.  We asked each to pick a work in our collection that has inspired them and tell us why.  Mali chose White Cup and Saucer by Henri Fantin-Latour, painted in 1864, on display in Gallery 4.

“This little canvas … small in size but monumental in scale, always startles me.  With its stark white image on an almost-black ground it has a drama that is unexpected, and it becomes more powerful and vivid as I look at it.  I love the way this artist uses his materials, he seems to relish the act of painting, of bringing paint to life, and making the ordinary marvellous.  My own paintings are abstract, but many have a single central form – I hope radiating light.  I’ve always had a reproduction of this strange still-life in my studio, and have probably been influenced by its presence without quite realising it.”

Mali was born and brought up in North Wales.  Two influential art teachers at school inspired her love of painting and appreciation of the old masters.   She studied Fine Art at the University of Newcastle-upon-Tyne (BA 1963-68) and the University of Reading (MFA 1968-70). When she started at Newcastle Richard Hamilton was in charge of the First Year Basic Course, and her horizons opened up immediately. Meeting Terry Frost and Ian Stephenson there increased her interest in painting as a serious study.

I asked her when she knew she wanted to be a painter, and she said:  “There wasn’t some moment of epiphany – I came to it slowly, it was something I eventually realised I felt deeply about.” This sense of being true to what you feel was something that Mali shared with a group of students who had come to the Fitzwilliam Museum on Friday 16 February for careers advice and support with their practice as part of the Museum’s Source programme.  The young people were all in their final years at school and contemplating the next move.

As a young graduate Mali knew she would have to be able to support herself, and after moving to London she got a break teaching on the Foundation Course at the Sir John Cass School of Art.  This was the beginning of a teaching career that lasted 45 years. She chose to always work part-time, in order to concentrate on her own studio practice. “In the 1970s you could live by working two days a week – but rents were cheaper then! Art Schools and Fine Art Departments used to be smaller than they are now, and more individual in character. It depended on who was in charge, the staff they appointed, the students we selected. And the art-schools were affected by location, city life being different from the countryside. I learned a lot through teaching, and got to know some interesting people. There were many peripatetic tutors in those early days – meeting on trains as we travelled all over the country, to teach for a day or two a week.”

When Mali started teaching there were not many female artists on the staff in departments of Fine Art but she noted how that has changed.  When she was a Senior Lecturer at Chelsea College of Art and Design (1991-2005) there was a moment when looking around she saw that the majority of tutors in the staff room on that day were women – which made her stop and smile.  She has also taught and examined at the Royal College of Art, Slade School of Art, University of Reading and Newcastle University.

Mali was elected a Member of the Royal Academy of Arts in March 2010 and is currently Chair of the Learning Committee there. 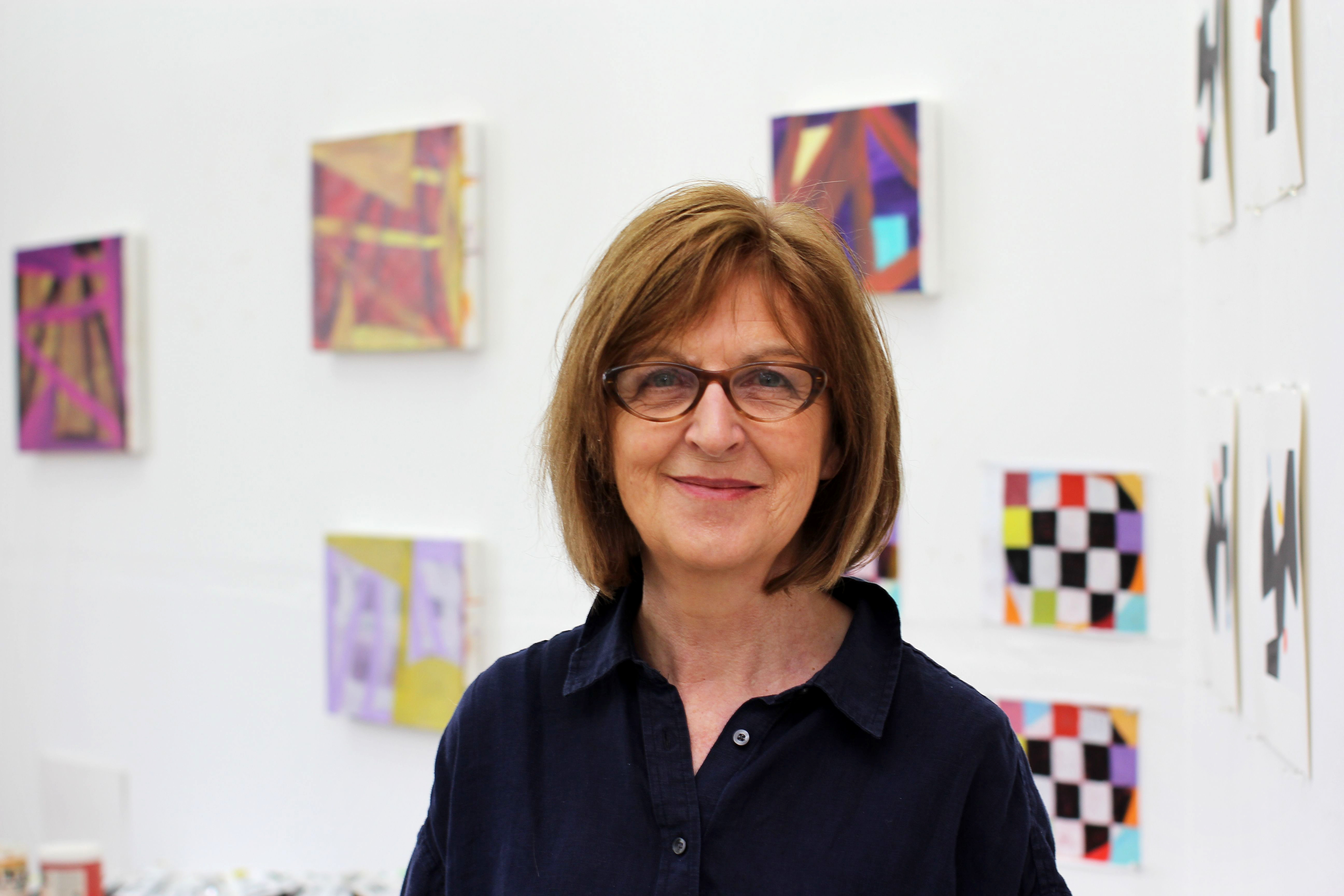 “When I was first elected, I didn’t know much about the Royal Academy other than the big exhibitions I had seen there. The more you become involved in the RA the more you understand how it works, and the extent of its activities. It is a huge and complex organisation, about to expand further, in exciting ways.

My studio now is in an old industrial building in Deptford, owned by a charity set up by the founding artists, called Art in Perpetuity Trust, or A.P.T for short. We have been there for 22 years, and although we all work separately in our own spaces, it has evolved into a supportive community, with a gallery and an education programme. My partner of 33 years, the sculptor Stephen Lewis, has his studio there too.”

In Spring 2014, Mali wrote in the Royal Academy Magazine about Matisse’s cut-outs, as Tate Modern mounted a major show on this theme:

“The lively near-symmetry of Four-Petalled Flower (1945-46) probably had an influence on my early work. Its current whereabouts is unknown but I sometimes catch sight of it in books and think ‘I did that’ – but of course I didn’t. It was reproduced in 1978 in John Elderfield’s The Cut- Outs of Henri Matisse and I was shocked by its audacity. That same year I made a painting called Spats, which had blue petal shapes reaching out from the centre to the edges, but months passed before I recognised the connection. Thirty-five years and many paintings later I am now, in works such as Glide II (2013, below), building chequered grounds with colour blocks. This is the first stage of a painting process, and its architecture is another echo of what I love in some of Matisse’s cut-outs.”

You can find out more about Mali’s work on her website.

Mali donated a small painting to the New Hall Art Collection at Murray Edwards College some years ago, and now has a more recent large work on lifetime loan to the collection which is on display in the rotunda and also on the website – Glide II (above).

Mali is a published artist of the Print Studio in Cambridge, run by Kip Gresham, and is also a Trustee of the charity Poetry London which produces an international magazine promoting new poetry, a subject she is very interested in.

Nathan Huxtable shares his experience here of developing and delivering a remotely delivered pilot art programme designed to engage the University of Cambridge Museums‘ (UCM) Portals to the World participants, people with a dementia diagnosis or cognitive impairment and their care partners. Nathan is the Fitzwilliam Museum’s Education Assistant and a practicing artist. In its tenth year, Portals is a partnership programme… Read full article 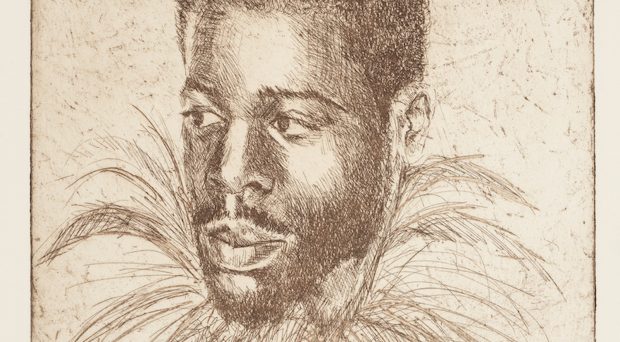