What can our museums contribute to audiences understanding issues about the environment? Find out about the work behind our new puzzle solving team-game, Operation Survival.

What is Operation Survival?

It’s a live action team game facilitated by actors and staff from games company Fire Hazard Games. Teams are set the challenge of solving a series of puzzles and clues, with the aid of a digital app, across 4 of the University of Cambridge Museums (UCM) collections in the city – all in just under two hours.

How did the game come about?

The game is a second iteration of a format, originally developed by Fire Hazard in collaboration with Ina Pruegel, the former UCM Digital Engagement Coordinator and the curators of a temporary exhibition across the Fitzwilliam Museum and Museum of Classical Archaeology, Codebreakers and Groundbreakers. The first game was called Cambridge Codebreakers: The Last Secret.

What is different about this version?

The format is the same, but this year’s game is based on the University of Cambridge Museums’ Green Museums project.  Not only do the players have to use their wits to solve the puzzles presented to them, but a theme of environmental issues provides a narrative for the players to consider our own survival and the cost to the planet of that survival.

Which museums are taking part this time, and why?

The museums involved in this game are the Polar Museum, the Museum of Archaeology and Anthropology, the Sedgwick Museum of Earth Sciences and the Museum of Zoology. It was felt that these museums’ collections lent themselves best to the theme – all contributing a different angle with their displays.

What can audiences expect?

The game offers audiences the chance to engage with the museums’ collections with friends and family in a different way. We hope, at the very least, they will visit a museum they have not been to before. In addition, we hope they will learn something new, especially about how our museums can contribute to the wider conversation about green issues. Mostly, though, we hope they just enjoy the game set against the backdrop of our collections.

How can the museums contribute to the wider conversation about the environment?

Our museums have captured the way our world has changed over millennia. From the creatures that have adapted to their ever-changing environment, to the human cultures that have developed to use the natural resources around them. Now the collections go one step further – and are the homes of research on climate change, biodiversity and human impact on ecosystems. The Museum of Archaeology and Anthropology for example, has recently had a redisplay of its Pacific Currents collection, an area of the world where the threat of sea level rise is very real and not a thought to be left for the future. This re-display highlights the dynamic nature of communities, while acknowledging people’s close attachment to and knowledge of local environments.

What have been the challenges of working on a game like this?

There are always challenges around the practicalities of running the game in four different museums, like timetabling, access to Wi-Fi, and how to manage teams using the galleries during busy opening hours. However, the main challenge has been matching the content to the format of the game; building a narrative which brings out the theme across the four collections properly. Luckily, there was a lot of research on the theme already developed by the Polar Museum’s Rosie Amos as part of the early research in the Green Museums project. This project has explored how the University Museums in Cambridge hide a history of how we have understood the environment and the problems it now faces.

How involved were the museums in the game development?

Collections and learning officers from across all four museums were involved in brainstorming and fact-checking and testing all the information used in the puzzles, clues and narratives led by Rosie– which was a great help.

Have you tested the game in other ways?

Yes, we’ve just run two playtests. These were really helpful, not just for testing the clues but also the script and narrative. This time around, we really wanted to link the narrative to the content so having the chance to test and tweak the whole game with the actors and Fire Hazard team was great.

So, when does the game start?

The first game ran on the 20th October and there are plans to run the game weekly on Saturdays until the end of April 2019. So we’re looking forward to lots of people playing the game! Book your ticket now. 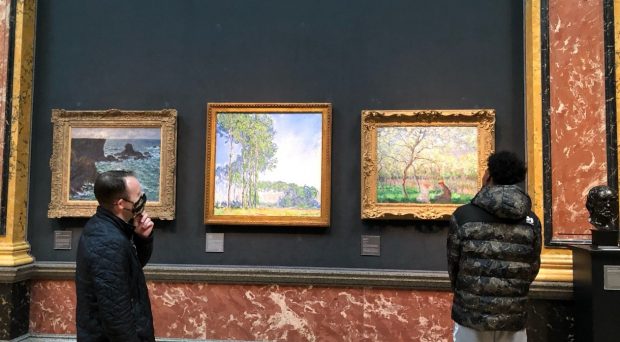